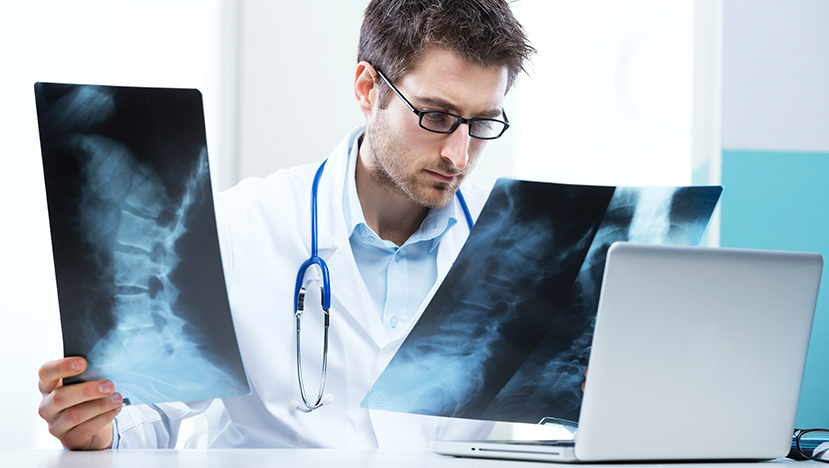 What is a Discectomy?

A discectomy is a surgical procedure to treat patients with herniated discs, by removing the fragment of the herniated disc that may be compressing spinal nerves.

This reduces the pressure caused by the dislodged fragment, which typically causes radiating leg pain, numbness, and/or weakness (radiculopathy or radiculitis).

The traditional way to treat a herniated disc involves another procedure called a laminotomy. This is done by creating a small hole in the bony part of the spine called the lamina, and helps to gain access to the disc.

Aside from the traditional surgical procedure, newer, less invasive techniques have been developed over the years to treat this condition; however, most cases of herniated discs may still require traditional open surgery in order to relieve the pressure and pain caused by a herniated disc.

How the Discectomy Procedure is Performed

The entire procedure takes roughly an hour with the patient under general anesthesia. The procedure can run longer, depending on the extent of the problem and other factors that may affect how the surgery is done. The patient is positioned face down on the operating table for easier access to the spinal column.

The surgeon makes a small incision down the center of the patient’s back, and makes his way through the muscles down to the bony part of the spine. A laminotomy is then performed to remove the bone and attached ligaments, in order to expose the herniated disc.

This procedure is done so that the surgeon can have easier access to the disc, as well as to protect the surrounding spinal nerves in the process. With the bone and the ligament out of the way and the spinal nerve protected, the surgeon then proceeds to locate the herniated disc, and begin removing it. Other fragments surrounding the herniated discs (such as bone spurs) may also be extracted to avoid future recurrences of herniation.

Often the herniated disc is not the only problem causing spinal nerve compression. In those cases, the surgeon may choose to remove a small portion of the adjacent spinal facet joint and/or perform a foraminotomy, which is a surgical widening of the bony hole (foramen) through which the nerve root travels.

After extracting the fragments that have been putting pressure on the spinal nerves, the incision is then sutured shut, and bandages are applied on the incision site.

Healthpointe offers comprehensive evaluations and treatments for all your neurosurgical and related needs. To talk to one of our doctors, please schedule an appointment today!